September started off with a heatwave that was choking my lovely city to death. It was truly awful. I’ve been stressing about another pest situation. But hey, I did meet two of my favorite people—Robin Sloan and Kris Anka—and got my comic pins (and a lot of comics hahahahaha)!!!

I met one of my favorite authors, Robin Sloan, and I could not stop shaking afterwards.

I met @robinsloan, & I'm actually shaking??? He is super wonderful + inspiring. I got to gush to him about my appreciation for his work. 😭🙌 pic.twitter.com/nEvDYzEtIL

Nothing was gonna stop me from going to see Robin Sloan, author of Mr. Penumbra’s 24 Hour Bookstore and Sourdough. I adore Robin’s work, and to get the opportunity to tell him how much I love his work and how much I appreciate the balance of the old and new technology of today’s world in his books.

At the event, Robin talked about the term “suitcase clone” (it’s a wine thing, specifically referring to people who smuggle grape vines for wine), and how that inspired Sourdough. He didn’t want to write a book about wine, but was interested in creating a book about food. He talked about the music that his main character plays for the sourdough starter is essentially a warped version of a Croatian choir and how he created it, and he played some of the sounds for us.

Robin Sloan is so fucking nice and awesome. When I got my books signed (my Sourdough hardcover, my Mr. Penumbra hardcover + paperback + ARC), we raved about the gorgeousness of the Mr. Penumbra arc. We discussed his books—specifically how it’s wonderful to see how well the old and new technology worked with each other. He asked if I, as a reader, would be okay with him writing a book set in a futuristic setting but have the same style of his books, and oh hells yeah I would because it’s Robin Sloan.

Have you seen the art in Star-Lord? Or the new Runaways? Because that’s all Kris Anka, guys! And it’s absolutely stunning work. When I learned he was gonna be signing at my LCBS, I had to be there with bells on—at least, with all the work I own by him.

At the Q&A, Kris discussed how he was approached to draw Runaways (this comic had been planned for the past two years, but Marvel was looking for an artist). He wasn’t sure he wanted to do it, but when he read the scripts, he knew he had to do it (end of issue 2 is what convinced him). He discussed how it was good to show LA, since he lives in LA and these kids are from LA. He showed us slides of the characters, and discussed how he approached what they wear. Nico, who was very goth-like in the early Runaways run, has now a witchy vibe to her outfit (which is modern equivalent to goth). Chase was a bit harder for him to figure out because he’s not quite a geek and not quite a nerd. Rainbow Rowell wanted Chase to keep his man-bun. Karolina had very LA clothing (think white rompers and such). Molly was styled off of Kpop-style clothing. Kris discussed how conscious he is about what these teens wear because they’re teens, and they shouldn’t be hyper sexualized like Emma Frost was. Kris gave us a sneak peek of what we’ll see in issue 2, and it cuts you right in the hard, oh my god.

Kris is fantastic, and I couldn’t stop praising him.

My comic pins are finally here!!! 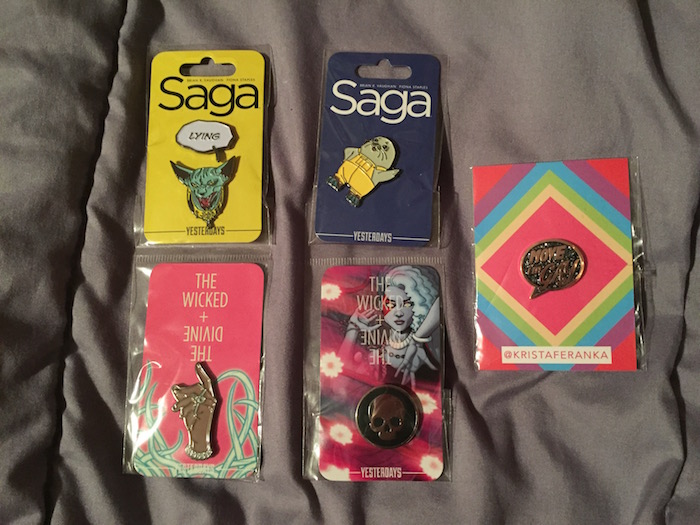 THESE ARE SO BEAUTIFUL.

The top pins are from Saga. Precious Lying Cat + Ghus! And the bottom pins are from The Wicked + The Divine. Persephone snapping + the death symbol. HAHAHAHAHAHAHA. (I have been waiting for these pins since July and was afraid I’d be waiting until December.) And the pin on the right—”Move, I’m Gay!”—is from Kris Anka. I bought it at his event! I love these pins so much.

I received my first Kickstarter reward! 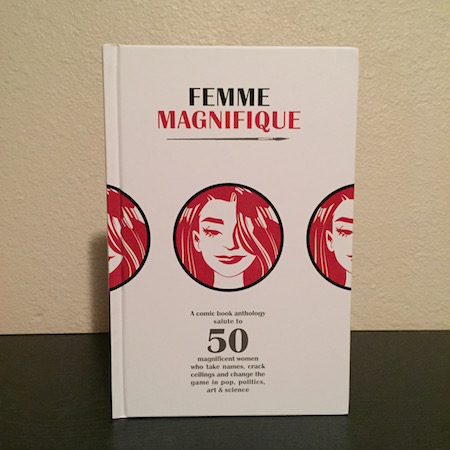 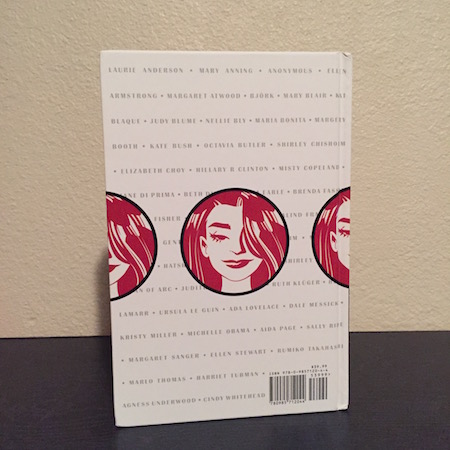 A few months ago, I backed the Femme Magnifique Kickstarter, which is a comics anthology about about awesome women like Sally Ride, Artemisia Gentileschi, and Misty Copeland. I’ve taken a peek inside, and it’s a gorgeous book. (I’m semi disappointed because the cover isn’t the same one that was in the Kickstarter picture.) 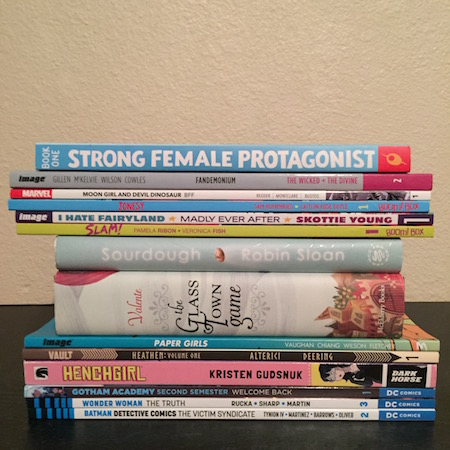 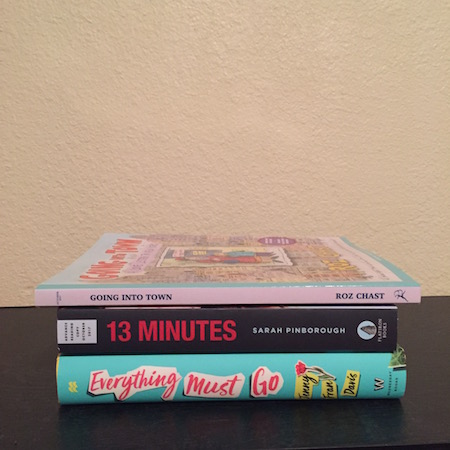 Thank you for the books, Bloomsbury, Flatiron Books, and Wednesday Books.

How was your September? Was it an fantastic month for you like it was for me? Anything you’re looking forward to in October like books or events?

Previous:
FROM PANEL TO PANEL • September 2017 Graphic Novel Releases To Look Out For
Next:
REVIEW • New York, New York! (Going Into Town: A Love Letter to New York by Roz Chast)