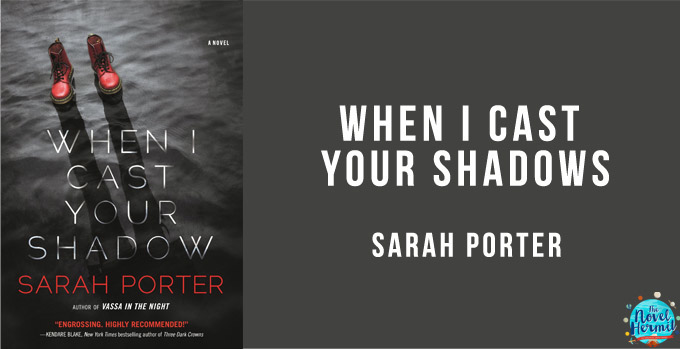 Dashiell. Charming, handsome, and manipulative, Dash has run afoul of some very powerful forces in the Land of the Dead. His only bargaining chips are Ruby and Everett. At stake is the very survival of the Bohnacker family, bodies and souls…[/note]

[note note_color=”#BFD1D1″ text_color=”#ffffff”]I received this book for free from Tor Teen for review consideration. This does not affect my opinion of the book or the content of my review.[/note]

I like books that can make you uncomfortable and is very weird, but not when there’s something not quite right that borders on downright creepy. That thing that made me super uncomfortable? That was Ruby and Dashiell’s weird relationship.

It gave me major incestuous vibes. Ruby adores—worships—Dashiell. Nothing anybody say can convince her Dashiell was a terrible person. She’s the type of person who would make excuses for his shitty behavior because she loves him. There’s nothing exactly wrong with this, but when you read how Ruby was written—with the naivety of a person who sounds like she’d been brainwashed—how every thought she has throughout the book is just about Dashiell, and how Dashiell treats her terribly, Ruby’s love for her brother borders on disturbing. It doesn’t sound exactly like a sister who loves her brother; it sounds like a naive lover. And Dashiell is not above using her for his own gain, and he does. He was a liar, an addict, a thief, and a narcissist. He was a shitty person before his death and he’s a shitty person after his death. Dashiell’s manipulating her, and who knows how long this has been going on because I don’t believe we get to see the dynamics of their relationship before he died.

Their relationship is extremely toxic. I was waiting for the moment for Ruby to wake up and see how poisonous her relationship with Dashiell is, but it never came (well, it didn’t come soon enough for me).

These characters didn’t feel like they were talking naturally. Every time they said or thought anything, I wasn’t convinced of what they were saying. They didn’t speak or think like their age. Their actions make you question what the hell is going through their head. The Bohnacker family seem like miscast actors trying to perform a play, but failing at being convincing. It’s way over the top and doesn’t hit the right emotions.

They sound like children when they call each other by their nicknames—“Ruby Slippers,” “Ruby Ru,” “Never Ever,” and “Dash Dot Dot.” It was quite infuriating because of how they said it because they kept doing it.

Some other things I’ve read people say (because I didn’t finish this book):

Should you read When I Cast Your Shadow? This is a book I would never put in a teen’s hands because of the terrible message it sends. Stay far away from this. You’ll thank me for it.

Have you read any of Sarah Porter’s writing? Did you like Vassa in the Night? Have you read this book? What did you think?

Previous:
COMIC FIRSTS • Elsewhere #1: What Really Happened to Amelia Earhart
Next:
HOLY, MOTHER COVER! • Changes in Tonight the Streets Are Ours by Leila Sales