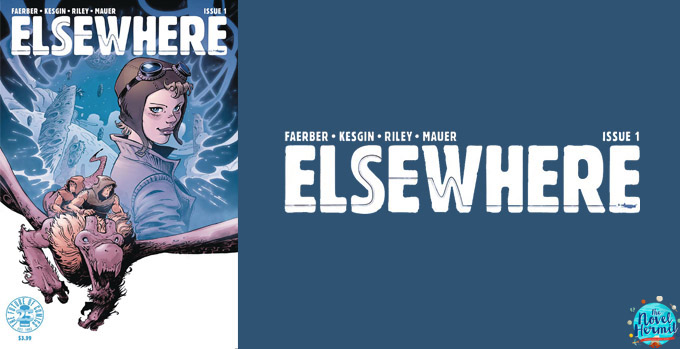 Mysteriously transported to a strange new world filled with flying beasts and alien civilizations, Amelia desperately struggles to return home. Along the way, she forges alliances and makes enemies as she goes from aviator to freedom fighter in a rebellion against a merciless warlord!— Image Comics[/quote]

[note note_color=”#BFD1D1″ text_color=”#ffffff”]Thank you to Image Comics for sending me this comic for review consideration. This does not affect my opinion of the comic or the content of my review.[/note] [note note_color=”#DDB349″ text_color=”#ffffff”]Are you convinced? Go buy Elsewhere #1 from your local comic book store, or these online retailers: Comixology · Midtown Comics · TFAW.[/note]

Previous:
REVIEW • A New Shadow In Town (Smoot: A Rebellious Shadow by Michelle Cuevas)
Next:
(DNF) REVIEW • Never Ever Again, Ruby Ru and Dash Dot Dot (When I Cast Your Shadow by Sarah Porter)

FROM PANEL TO PANEL • Fall 2020 Graphic Novels for Kids and Teens!