In September, ladies seeking revenge in a maybe-Mad Max world, the beloved hardcover copy of the holy The Wicked + The Divine, more people wants revenge and to kill, and many more. This month, you need to put these on your TBR list. 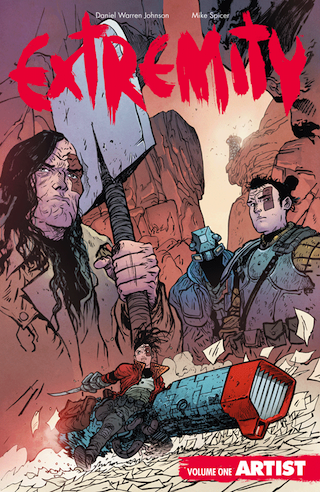 Thea dreams. Not of a better life, but of revenge on the clan that ruined her family. With ferocious battles between man, machines, and monsters ahead…who knows where her quest for vengeance will take her?

Why I’m excited: I am all for ladies seeking revenge. And it’s on a similar veins of Mad Max? I don’t know what else to expect from this book, but since my favorite comic Valkyries recommends this, I gotta pick this comic up. 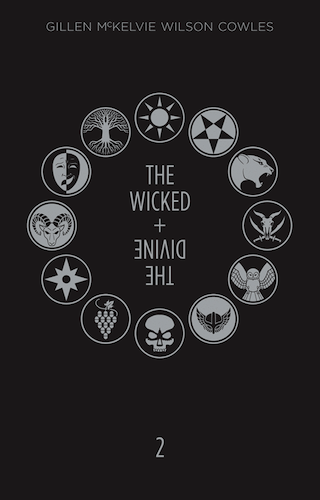 Oversized hardcover collection of issues 12-22 of The Wicked + The Divine include the most experimental and elating material in the critically acclaimed commercial superstar of a series so far. Collects COMMERCIAL SUICIDE and RISING ACTION with copious making of material and extensive director’s commentary. — Image Comics

Why I’m excited: MY BELOVED WICKED + DIVINE. My favorite series in the entire world. The hardcover book 2 is finally here, and it’ll make everybody cry all over again. I am not ready for this beauty. 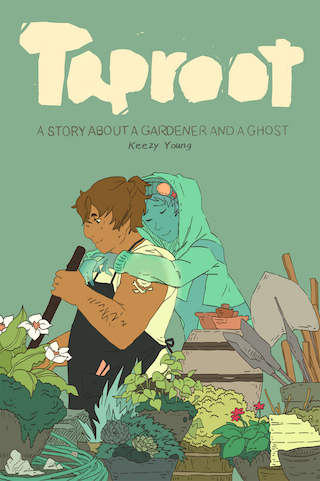 Blue is having a hard time moving on. He’s in love with his best friend. He’s also dead. Luckily, Hamal can see ghosts, leaving Blue free to haunt him to his heart’s content. But something eerie is happening in town, leaving the local afterlife unsettled, and when Blue realizes Hamal’s strange ability may be putting him in danger, Blue has to find a way to protect him, even if it means… leaving him. – Lion Forge

Why I’m excited: One of my LCBS Valkyrie recommended this, and by the looks of it, it looks cute! Love and ghosts and gardening. My heart. 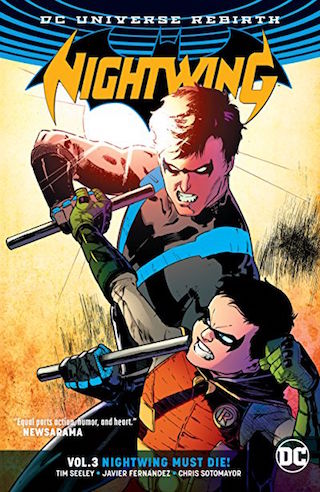 As the original Robin, Dick Grayson has long lived in the shadow of Batman. But now, as Nightwing, he’s finally his own man. He has a new city to protect in Blüdhaven, and a new love in his life—former villain Shawn Tsang.

But someone doesn’t think that Nightwing is quite the hero he could be. They’ve sent a twisted doppelgänger, Deathwing, to Blüdhaven to kidnap Shawn…sending Dick on a globe-spanning chase to get her back before something terrible happens.

Together with current Robin Damian Wayne, his partner from his brief stint as Batman, Dick must stay one step ahead of an enemy who seems to have all of his skills and memories. But when Nightwing finds out who’s pulling Deathwing’s strings, he’ll realize the shadow of his time as Batman might be too long to ever truly escape.

Why I’m excited: You guys, Dick and Damian are teaming up again!!! I have a lot of BatFam feelings!  So I’m freaking out! They are one of the best teams I love seeing. 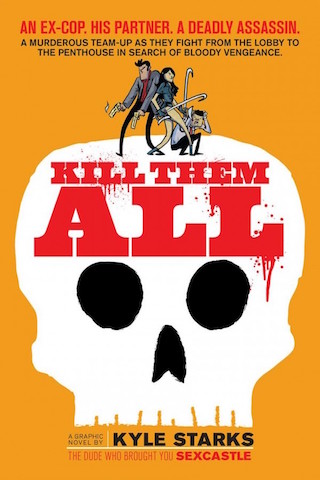 A hard drinking former cop wants his job back.

For either to get what they want, they’re going to have to fight their way through fifteen flights of criminals, assassins, drug lords, murderers, yup, even accountants, and…

Why I’m excited: I’ve read a bit of this already, and oh boy, I am enjoying what I’m reading and seeing. These two characters fighting and killing all types of criminals to get what they want, and it’s kind of funny? Sign me up.

For ten years, figure skating was Tillie Walden’s life. She woke before dawn for morning lessons, went straight to group practice after school, and spent weekends competing at ice rinks across the state. It was a central piece of her identity, her safe haven from the stress of school, bullies, and family. But over time, as she switched schools, got into art, and fell in love with her first girlfriend, she began to question how the close-minded world of figure skating fit in with the rest of her life, and whether all the work was worth it given the reality: that she, and her friends on the figure skating team, were nowhere close to Olympic hopefuls. It all led to one question: What was the point? The more Tillie thought about it, the more Tillie realized she’d outgrown her passion–and she finally needed to find her own voice. – First Second

Why I’m excited: The art + colors + paneling are A+++. I talk about Spinning in detail in my review. It’s so lovely and quiet. Good graphic memoir.

Previous:
BLOG TOUR • The World Is Your Rainstorm (Jane, Unlimited by Kristin Cashore)
Next:
MONTHLY RECAP • It Seems Like I’m Treating Myself Always (September 2017)