June flew like a blur, and I don’t know if I’m ready for the end of the Summer or what.

S C R E A M I N G. For those who do not know, Brenden Fletcher and Babs Tarr (and Cameron Stewart but he unfortunately was unable to make it) is the creative team behind Batgirl and their new book, Motor Crush. I’ve been a massive fan of them since their Batgirl days, so when I heard they would be signing at my LCBS, I made sure I had the day off to see them! (Like, I bought five different covers for Motor Crush. That’s how much I love them.)

I may do an event recap for it, but there was a Q&A where Brenden and Babs talked about Motor Crush—its inception, the inspiration behind the fashion and certain scenes, etc—and then a signing took place after. It was my first time meeting Babs, and oh my god, she is amazinnnnnnng. I literally had hearteyes when I stood in front of her. For Brenden, it was not my first time meeting him, and I was so psyched to meet him again (last time he showed me previews of Black Canary #2.) and talked Black Canary with him. I didn’t realize until right before the event that I own A LOT of his work. :D So, here are the lovely two:

I received two of the greatest things ever! One from Alexa:

WHO'S SCREAMING AT THE TOP OF THEIR LUNGS? I AM. WHY? SOURDOUGH BY @robinsloan!!!!! BLESS YOU @alexalovesbooks!!! YOU ARE A GODDESS!!! 😭🙌❤️ pic.twitter.com/T8HvXrjLel

ALEXA PICKED THIS—WHICH IS AN ABSOLUTE MUST FOR ME BECAUSE I LOVE ROBIN SLOAN AND IT COMPLETES MY COLLECTION OF ARCS OF ROBIN SLOAN’S BOOKS—UP FOR ME AT BEA. When Alexa showed me what she got, I nearly cried. When I received it in the mail, I almost did. When I opened the book AND SAW IT WAS SIGNED TO ME, I BROKE DOWN INTO WAILS BECAUSE THAT IS AMAZING AND OMG. I’M SO EXCITED. ALEXA! <3

And then there’s Brianna who— 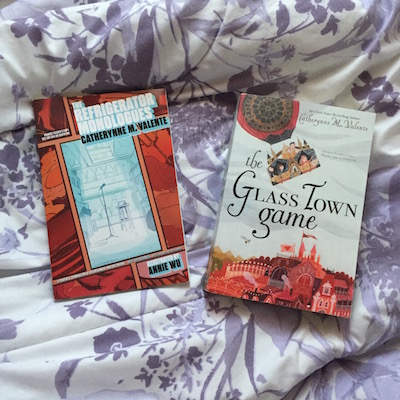 YUP. Late last month, she sent me The Refrigerator Monologues (which I highly recommend to everybody because it’s so angry and wonderful about the treatment of comic book ladies) and she hooked me up with The Refrigerator Monologues. !!!!!! LIKE I LOVE CATHERYNNE M. VALENTE. SO TO GET THESE TWO ARCS IS LIKE A DREAM COME TRUE BECAUSE I LOVE HER AND HER WRITING AND HER EVERYTHING AND BRIANNA KNOWS THIS AND BLESS HER. BRIANNA. <3

Just kidding I’m not. I meant to earlier in the month, but plans just fell through. I will see it though! YOU KNOW I WILL LOVE THAT MOVIE DEARLY. AND MAYBE I’LL CRY.

(The first week and a half of June, I wasn’t happy—I was very angry—at some people who let me down, so that’s part of the reason Wonder Woman didn’t happen.) 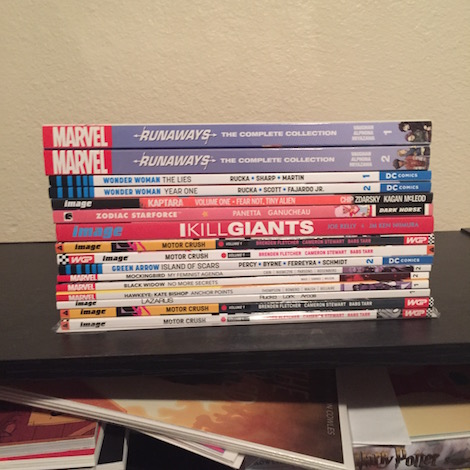 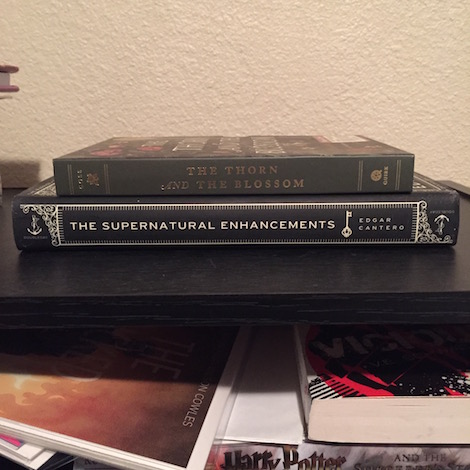 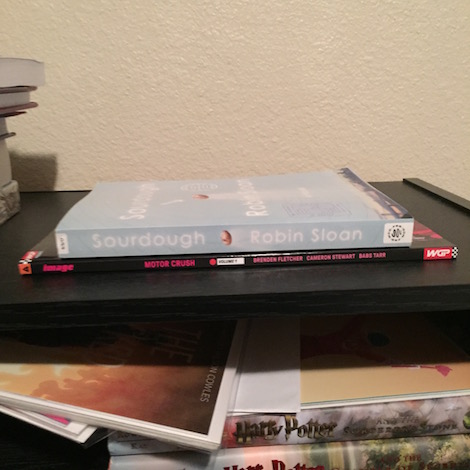 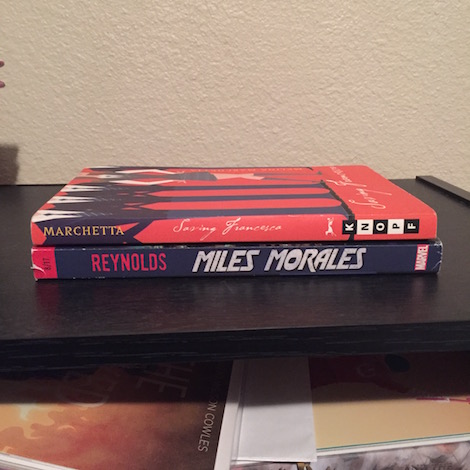 How was your June? Was it a great month for you? Anything you’re looking forward to in May like books or events?