When Did You See Her Last? (All The Wrong Questions #2) by Lemony Snicket
October 15, 2013
Little, Brown and Company
Website | Twitter | Goodreads
Amazon | Barnes & Noble |  The Book Depository

I should have asked the question “How could someone who was missing be in two places at once?” Instead, I asked the wrong question—four wrong questions, more or less. This is the account of the second.

In the fading town of Stain’d-by-the-Sea, young apprentice Lemony Snicket has a new case to solve when he and his chaperone are hired to find a missing girl. Is the girl a runaway? Or was she kidnapped? Was she seen last at the grocery store? Or could she have stopped at the diner? Is it really any of your business? These are All The Wrong Questions.

Previously on All the Wrong Questions series, young Lemony Snicket arrived in the bleak town of Stain’d-by-the-Sea with his apprentice Theodora S. Markson and was tasked to find the Bombinating Beast statue that has gone missing. Along the way, Snicket encountered various suspects and witnesses that helped and misled him on his case, which ultimately led him to realize that there was more than meets the eye and that there was a bigger foe, Hangfire, pulling the strings. Are the questions I brought up in my review of  “Who Can That Be At This Hour?” answered? Who knows unless you read “When Did You See Her Last?” the second book of the All the Wrong Questions. We shall see now.

In “When Did You See Her Last?”, Snicket and the incompetent Theodora S. Markson is called upon to find a missing teenager, Cleo Knight, who may be in the clutches of the suspicious apothecary doctor who takes care of the Knight’s. As Snicket investigates (while Theodora continues to dismiss Snicket’s suspicions), he continues to ponder about his sister and Ellington Feint, and realizes that the case of the missing girl is somehow related to Hangfire. This is the story.

Four Things You’ll Find in
“When Did You See Her Last?“

“When Did You See Her Last?” serves another round of awesome sass and humor. I often found myself grinning. You see it in the names of people and places, in ridiculousness of the residents in Stain’d-by-the-Sea—from their actions to what they say, and in the way Snicket responds to the incapable adults who think they know better. So much snarky awesomeness.

To get to the bottom of the disappearance of Cleo Knight, Lemony Snicket recruits various people—mainly kids who are the same age as him—to help him out. They all have parents or adult figures who are incapacitated; they try to do whatever they can to make a living or entertain themselves. They come together and essentially form a found family. That strikes a chord in my heart. I love it.

Everybody’s got a secret. Some are revealed (due to major sleuthing) and others are withheld (maybe it just isn’t the right time). And those revealed secrets changes the way Snicket sees the character. There are people who do not trust easily; nobody is ready to give up the truth—not when lives are on the line—so why give up something that may be harmful? It’s those secrets I want to know—the ones that are too personal to share. I want to know what secrets Snicket is hiding. Maybe it’ll clue me in on what type of person he really is.

Ahhhh, some things never change. Questions, questions, even more questions. None of the ones I asked about the last book were answered, so I assume I really did ask the wrong questions. I’m even more curious to know what’s Snicket’s and Hangfire’s endgame, where Ellington Feint’s father is and why Hangfire is keeping him away, what Snicket’s sister was doing at the museum, how and if Stain’d-by-the-Sea will ever flourish again, and mainly, what secrets these characters are keeping. I just want to know.

If you read the first book in the All the Wrong Questions series, you should definitely pick up “When Did You See Her Last?” You will have even more questions, and hopefully, some of them will be answered. If not, well, that’s the beauty of the book, isn’t it? It keeps you coming for more.

Previous:
THE THREE C’S: CANDID CONVERSATIONS WITH CEE | Recommending Books: It’s For You, Not Me
Next:
SINCERELY, CEE | A letter from yours truly to The Walls Around Us by Nova Ren Suma 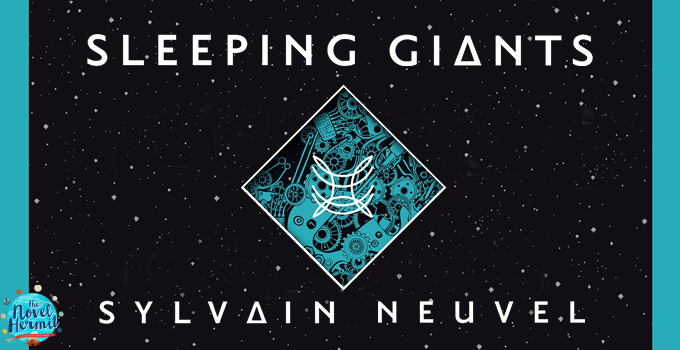