I’ve had a dry spell with reading comics, but I’m back—at least, I’m hoping this is the beginning of my comeback! Gonna be talking about two deadly comics—Gunning for Hits and James Bond 007. ;) 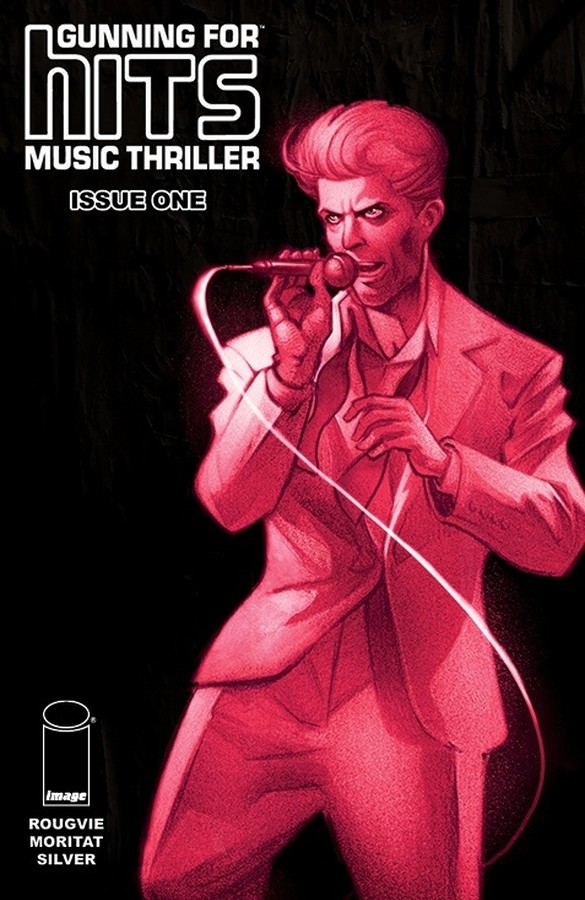 Everybody wants to be a Bowie—or somebody—in the music business. (Don’t let this cover fool you though.)

You meet Martin Mills, a talent scout in the music business in the 1980s. He is given a list of demands—six million dollar deal, Billboards in all the prime locations (like Sunset Boulevard and Time Square), Madison Square Garden on first tour, and so on—from Diane, a “pushy” (I call it being assertive) manager/girlfriend of the next voice of a generation, Billy (lead singer of Stunted Growth). He’s totally not phased at all; he’ll do what’s necessary. This is a man who’s seen it all.

These kids want the fame, the power, and the glamour, but the music industry isn’t all that’s cracked up to be when Martin Mills pulls the curtains and educates readers on what it’s really like (and it’s fucking brutal). These pages are extremely informative, and shows what Mills has to deal with and why. You can tell that the writer has worked in the music industry.

The art and colors has a punk-noir vibe that works perfectly with the story and the characters. I like the versatility of the art—the general art and the infographics—it showcases different techniques that differentiates between what kind of information we’re taking in.

What got me hooked was the unexpected clause Diane demanded before signing Billy. I won’t spoil it, but this equal opportunity clause would’ve had me comically spit-taking if I was sipping on a drink. And that ending? All I will say: I should’ve known from the title. And I’m liking where this is headed.

Gunning for Hits is an ode to the music industry (with a fun, deadly twist).

Would I continue to read this comic? Yes! With the way #1 ended, I’m hooked.

[note note_color=”#BFD1D1″ text_color=”#ffffff”]Deathbed #1 is out, so if you want to get add it to your TBR on Goodreads or get yourself a copy, go for it from your local comic book store, or from these online retailers: Comixology · Midtown Comics · TFAW.[/note] 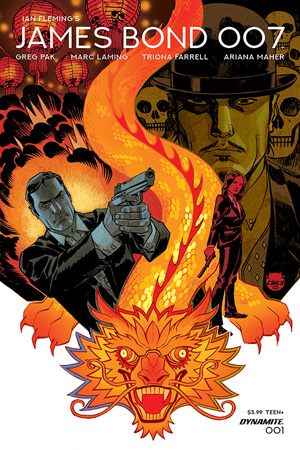 I only pick this first issue of James Bond 007 up because of Greg Pak.

Would I continue to read this comic? Maybe. If only for Greg Pak and the Mr. Lee character.