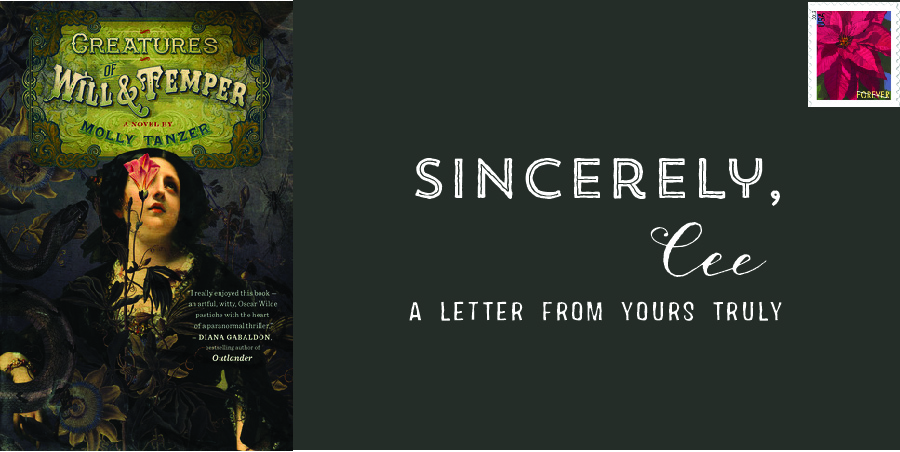 Creatures f Will and Temper is loosely based on The Picture of Dorian Gray!!!!!!! Can you tell how excited I am by the exclamation points? And instead of males, the characters are women!!!! Gender bend Dorian Gray. And it’s about a pair of sisters—one falling into diabolist after being enamored with a woman and the other trying to protect her younger sister and learning about this entirely new world of demons and diabolists. You get all the goods—supernatural, diabolist, Victorian-ness sisters, and The Picture of Dorian Gray. I need this book baaaaadly.

Previous:
TOO MUCH TBR • November 2017
Next:
Where in the World is The Novel Hermit?

SINCERELY, CEE | A letter from yours truly to Liars, Inc by Paula Stokes

SINCERELY, CEE | A letter from yours truly to Neal Shusterman & Scythe

SINCERELY, CEE | A letter from yours truly to The Wrath and the Dawn by Renée Ahdieh