In this new cover change post, we talk about the cover redesigns for three of Jodi Lynn Anderson’s books! And it comes to no surprise that I have fallen in love with the paperbacks. Hardcover, who? I love that these three very different book match each other. 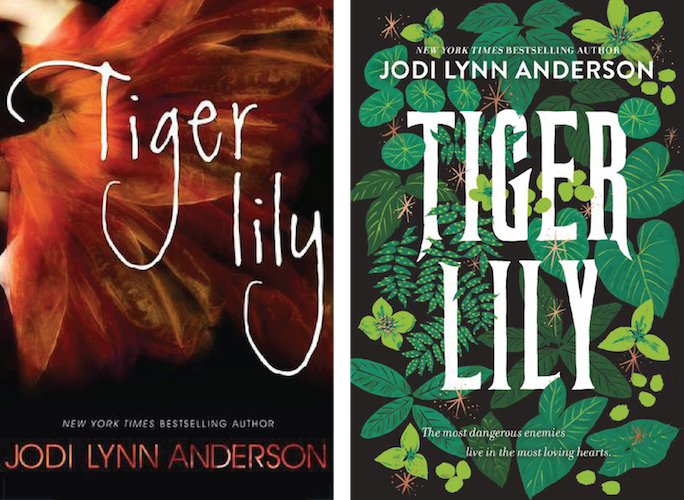 [spoiler title=”What is Tiger Lily?” open=”no” style=”fancy” icon=”chevron-circle”]Before Peter Pan belonged to Wendy, he belonged to the girl with the crow feather in her hair…

Fifteen-year-old Tiger Lily doesn’t believe in love stories or happy endings. Then she meets the alluring teenage Peter Pan in the forbidden woods of Neverland and immediately falls under his spell.

Peter is unlike anyone she’s ever known. Impetuous and brave, he both scares and enthralls her. As the leader of the Lost Boys, the most fearsome of Neverland’s inhabitants, Peter is an unthinkable match for Tiger Lily. Soon, she is risking everything—her family, her future—to be with him. When she is faced with marriage to a terrible man in her own tribe, she must choose between the life she’s always known and running away to an uncertain future with Peter.

With enemies threatening to tear them apart, the lovers seem doomed. But it’s the arrival of Wendy Darling, an English girl who’s everything Tiger Lily is not, that leads Tiger Lily to discover that the most dangerous enemies can live inside even the most loyal and loving heart.[/spoiler]

I hate to admit it, but Tiger Lily was one of those books that I couldn’t read because its original cover with the orange dress didn’t appeal to me. I thought it was a fall leaf, but under closer inspection, it’s a girl in an orange dress leaping. It’s certainly iconic in the sense that when I see this cover, I’m like “oh yeah, this is that Tiger Lily book that everybody loves.” It just didn’t speak to me.

I love everything about the paperback color—the green is so lush (I love the different shades of it), the illustrated plants are so pretty (plants are really in, but it may be because it’s all my BFF ever talks about, ha), and the font is perfect (I love the way the plants cut into the title). Seeing this cover makes me really happy. 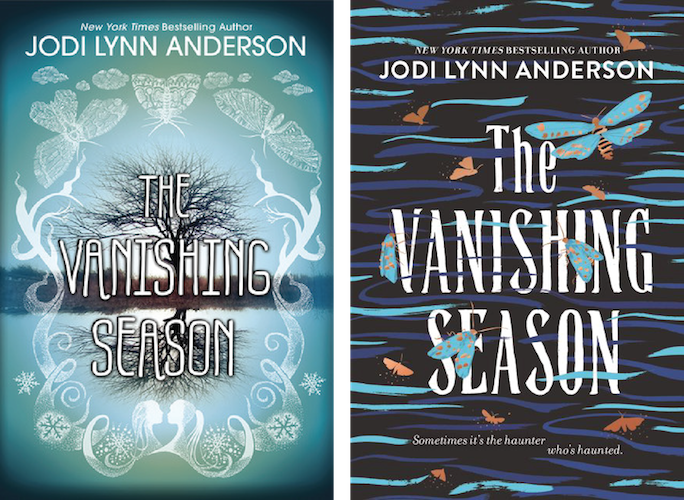 [spoiler title=”What is The Vanishing Season?” open=”no” style=”fancy” icon=”chevron-circle”]Girls started vanishing in the fall, and now winter’s come to lay a white sheet over the horror. Door County, it seems, is swallowing the young, right into its very dirt. From beneath the house on Water Street, I’ve watched the danger swell.

The residents know me as the noises in the house at night, the creaking on the stairs. I’m the reflection behind them in the glass, the feeling of fear in the cellar. I’m tied—it seems—to this house, this street, this town.

I’m tied to Maggie and Pauline, though I don’t know why. I think it’s because death is coming for one of them, or both.

All I know is that the present and the past are piling up, and I am here to dig.I am looking for the things that are buried.[/spoiler]

The hardcover of The Vanishing Season is easily forgettable. The cover does tell you what to expect from the book—it’s set in Winter, and moths give an ominous feeling—better than the paperback. But do I care? Not at all.

I’d pick up the paperback if I hadn’t read it before. It doesn’t tell you anything about the book, but I don’t care. (I know I’ve said this already.) I love the colors used in it—the blues and the turquoise and the orangey-brown. I don’t like moths, but I do love the illustrated moths.

Midnight at the Electric by Jodi Lynn Anderson 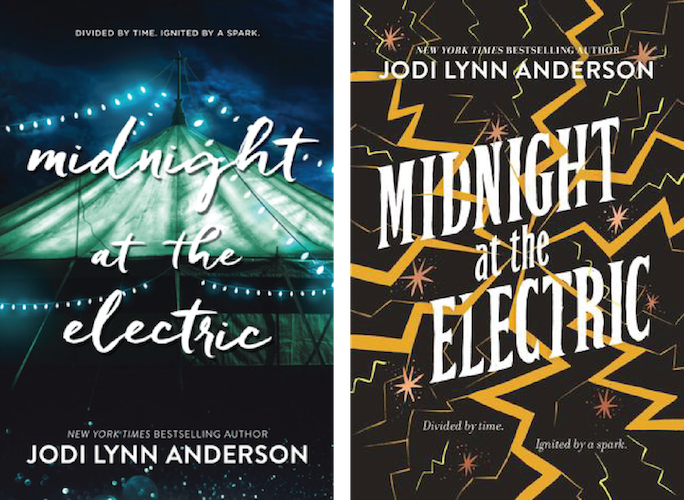 [spoiler title=”What is Midnight at the Electric?” open=”no” style=”fancy” icon=”chevron-circle”]Divided by time. Ignited by a spark.

Kansas, 2065. Adri has secured a slot as a Colonist—one of the lucky few handpicked to live on Mars. But weeks before launch, she discovers the journal of a girl who lived in her house over a hundred years ago, and is immediately drawn into the mystery surrounding her fate. While Adri knows she must focus on the mission ahead, she becomes captivated by a life that’s been lost in time…and how it might be inextricably tied to her own.

Oklahoma, 1934. Amidst the fear and uncertainty of the Dust Bowl, Catherine fantasizes about her family’s farmhand, and longs for the immortality promised by a professor at a traveling show called the Electric. But as her family’s situation becomes more dire—and the suffocating dust threatens her sister’s life—Catherine must find the courage to sacrifice everything she loves in order to save the one person she loves most.

England, 1919. In the recovery following the First World War, Lenore struggles with her grief for her brother, a fallen British soldier, and plans to sail to America in pursuit of a childhood friend. But even if she makes it that far, will her friend be the person she remembers, and the one who can bring her back to herself?

While their stories spans thousands of miles and multiple generations, Lenore, Catherine, and Adri’s fates are entwined.[/spoiler]

Now the paperback, yeah it still doesn’t tell you anything about how the book explores three different time periods BUT I love the clever use of lightning bolts (because yknow electric ;). I’m also a sucker for yellow.

Final Verdict: What cover do I like better? Paperback! 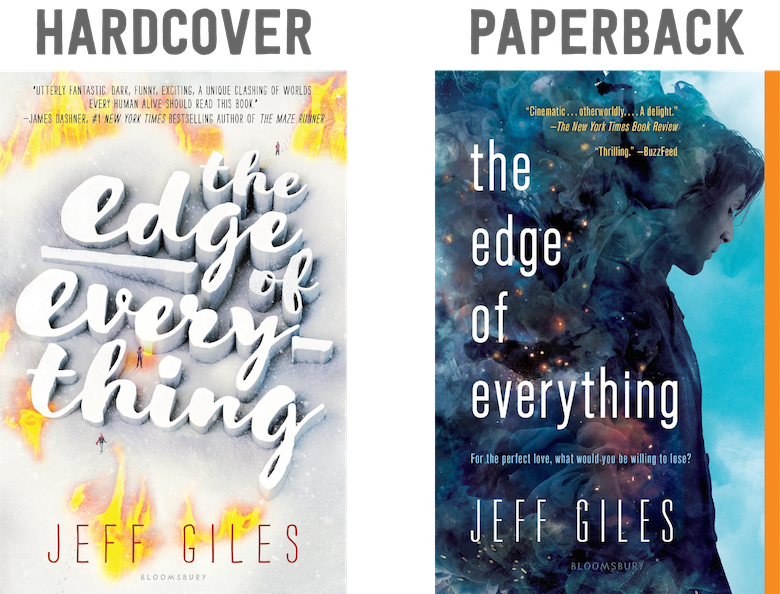 HOLY, MOTHER COVER! • Changes in The Edge of Everything by Jeff Giles