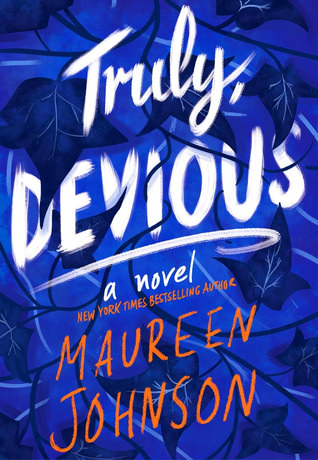 Ellingham Academy is a famous private school in Vermont for the brightest thinkers, inventors, and artists. It was founded by Albert Ellingham, an early twentieth century tycoon, who wanted to make a wonderful place full of riddles, twisting pathways, and gardens. “A place” he said, “where learning is a game.”

Shortly after the school opened, his wife and daughter were kidnapped. The only real clue was a mocking riddle listing methods of murder, signed with the frightening pseudonym, Truly Devious. It became one of the great unsolved crimes of American history.

True-crime aficionado Stevie Bell is set to begin her first year at Ellingham Academy, and she has an ambitious plan: She will solve this cold case. That is, she will solve the case when she gets a grip on her demanding new school life and her housemates: the inventor, the novelist, the actor, the artist, and the jokester. But something strange is happening. Truly Devious makes a surprise return, and death revisits Ellingham Academy. The past has crawled out of its grave. Someone has gotten away with murder.

Why did I want to read Truly Devious? Truly Devious has things I love reading in books: private schools, True Crime, and early twentieth century. When you give me all three, I’m immediately on this train. I thought the story was intriguing; who isn’t fascinated by unsolved crimes?

What do I like about it so far? I love how mysterious it is. Maureen Johnson does a beautiful job setting us in this book where you feel this gloom as you read. I just want to learn more about this Truly Devious character and what made Ellingham Academy dangerous.

Scandals of Classic Hollywood: Sex, Deviance, and Drama from the Golden Age of American Cinema by Anne Helen Petersen 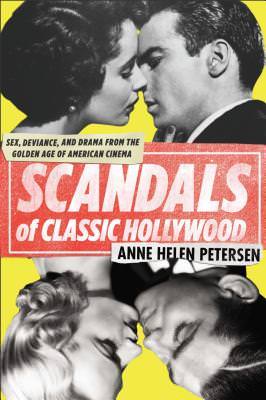 Believe it or not, America’s fascination with celebrity culture was thriving well before the days of TMZ, Perez Hilton, Charlie Sheen’s breakdown and allegations against Woody Allen. And the stars of yesteryear? They weren’t always the saints that we make them out to be. BuzzFeed columnist Anne Helen Petersen is here to set the record straight with Scandals of Classic Hollywood.

Part biography, part cultural history, these stories cover the stuff that films are made of: love, sex, drugs, illegitimate children, illicit affairs, and botched cover-ups. But it’s not all just tawdry gossip in the pages of this book. The stories are all contextualized within the boundaries of film, cultural, political, and gender history, making for a read that will inform as it entertains. Based on Petersen’s popular column on the Hairpin, but featuring 100% new content, Scandals of Classic Hollywood is sensationalism made smart.

What do I like about it so far? The scandal! The drama! I liveeeee for this!

All Summer Long by Hope Larson 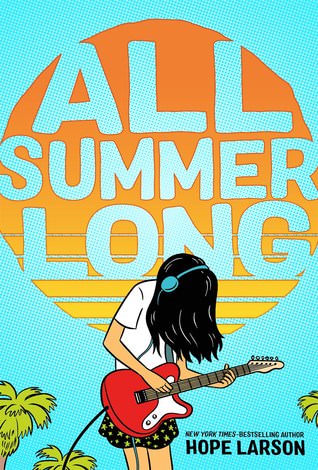 Thirteen-year-old Bina has a long summer ahead of her. She and her best friend, Austin, usually do everything together, but he’s off to soccer camp for a month, and he’s been acting kind of weird lately anyway. So it’s up to Bina to see how much fun she can have on her own. At first it’s a lot of guitar playing, boredom, and bad TV, but things look up when she finds an unlikely companion in Austin’s older sister, who enjoys music just as much as Bina. But then Austin comes home from camp, and he’s acting even weirder than when he left.

How Bina and Austin rise above their growing pains and reestablish their friendship and respect for their differences makes for a touching and funny coming-of-age story.

Why did I want to read All Summer Long? I love Hope Larson’s work.

What do I like about it so far? I love how it really sets you in this Summer mood, especially with Summer around the corner.

Previous:
HOLY MOTHER COVER! • Changes in Jane, Unlimited by Kristin Cashore
Next:
FROM PANEL TO PANEL • будь Гото (Be Prepared by Vera Brosgol)

BOOKS IN HAND • What Books Customers Are Buying in July 2022

BOOKS IN HANDS • What Readers Bought During Holidays 2019