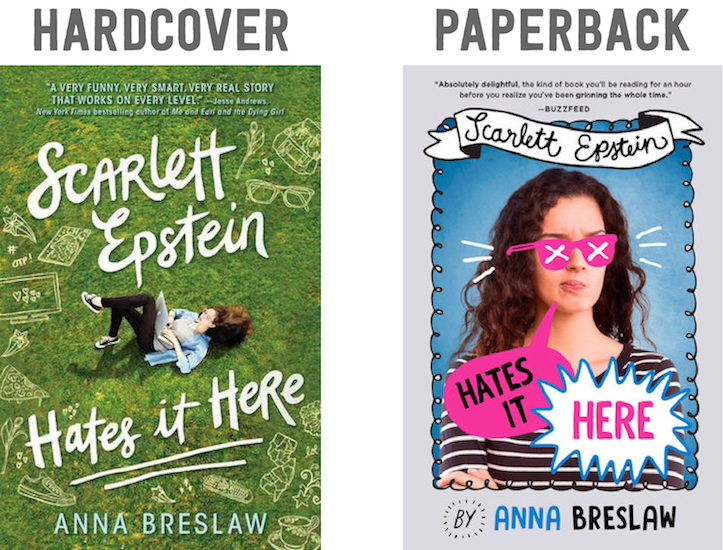 It’s hard to decide which cover of Scarlett Epstein Hates It Here I like better. They both have their merits.

With the hardcover version of the book, I love how the model is just laid down on the grass, chilling with her laptop—I’m assuming writing fanfiction about her beloved show. I love the font for the title. I especially like the emphasis of the lines under “hates it here” because Scarlett really hates where she is to escape into her own world. I like that there’s lined illustrations to make the photograph not seem so bare. It’s a perfect indicator of what to expect of Scartlett.

I like that the photograph of the paperback cover is a school yearbook picture. I especially like the doodles made on the photograph—the sunglasses and the dialogue bubbles. (I do like that type of mixed media.) I like that everything about this cover has a teenager’s touch, like she went at the picture with a pen and doodled all over it.

Final Verdict: What cover do I like better? I can’t pick!

Previous:
TOO MUCH TBR • October 2017
Next:
(ARC) REVIEW • Do You Like Scary Movies? (There’s Someone Inside Your House by Stephanie Perkins)