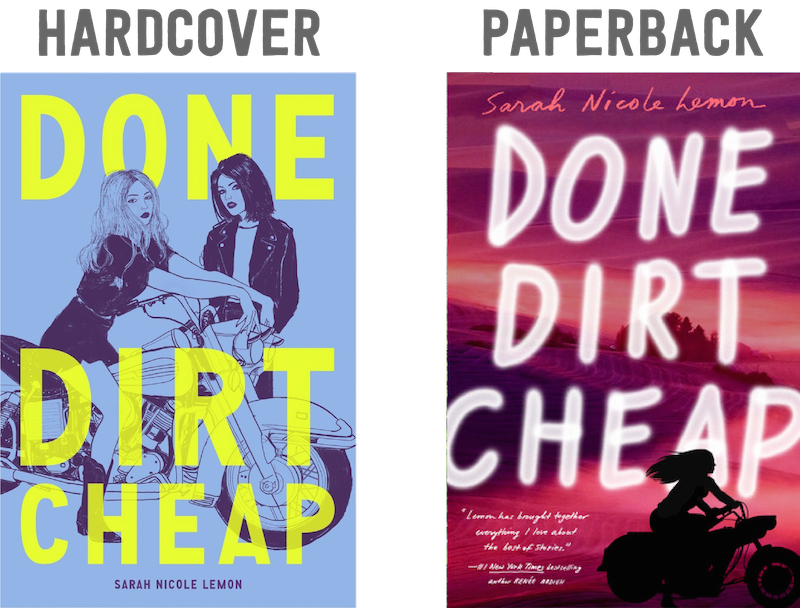 I love this cover because it gives me girl gang vibes. I know this book has nothing to do with girl gangs, BUT two girls from different backgrounds (hopefully) becoming friends and sticking together? Yup. It really looks like they have each other’s backs, and I love that. I love the art and the simplicity of the cover; it’s the girls who are the focus, and there’s no question about it.

This paperback redesign is not even in the same league as the hardcover. Why?! It’s so boring. A hilly background with a silhouette of a girl on a motorbike? This could’ve been far better. I like the font for Sarah Nicole Lemon’s name, BUT the font for the quotation at the bottom is awful because it’s hard to read. This redesign just doesn’t pop.

Final Verdict: What cover do I like better? The hardover.

Previous:
REVIEW • A World That May Soon Become A Reality (Pacifica by Kristen Simmons)
Next:
REVIEW • Wisdoms from A Mother (What To Do When I’m Gone by Suzy Hopkins & Hallie Bateman)