US HC vs. UK HC vs. US PB: You Know Me Well by Nina LaCour & David Levithan 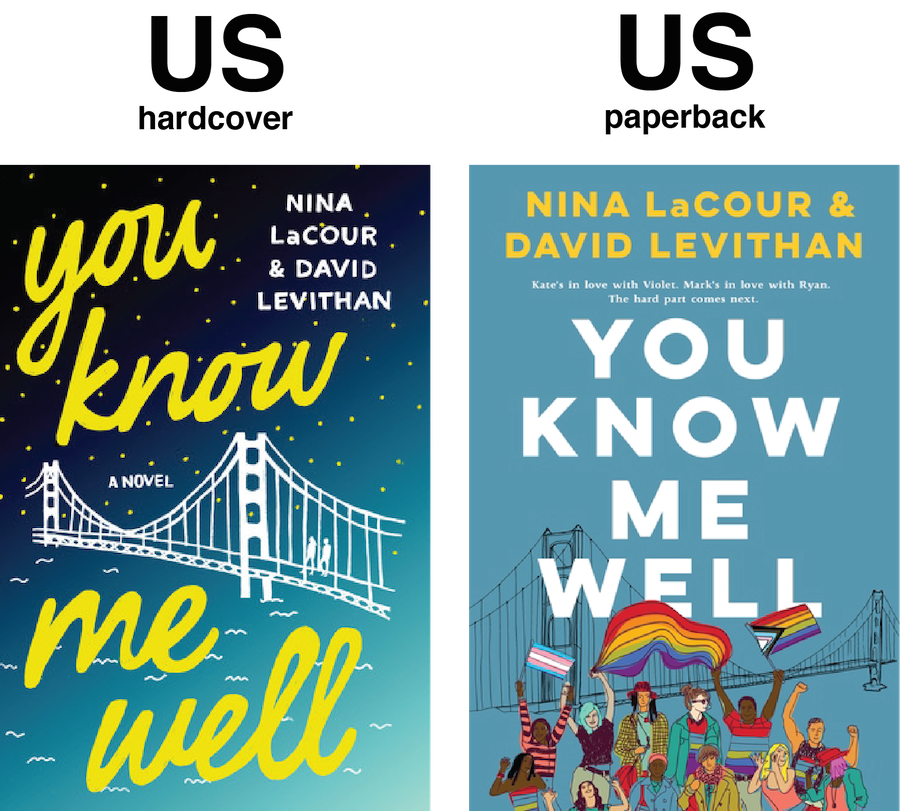 The hardcover of You Know Me Well doesn’t tell you much about the book aside from it being set in San Francisco from the illustration of the Golden Gate Bridge. It doesn’t really grab me (though I do like the blueish ombre of the background). If a reader—who doesn’t know that Nina LaCour and David Levithan write queer stories—pick up this book, they would have no idea it’s heavily queer based on the cover. I’d want some indication of what to expect without reading the book synopsis because let’s be honest, people pick up books because of attractive covers. This hardcover is too basic.

That paperback cover of You Know Me Well is *chefs kiss*. This cover fixes all the criticism I have about the hardcover cover—you see the pride flags and the trans flag—the cover tells you this book is queer as fuck. I love seeing that representation in the illustration, especially since this book is set during a Pride parade in San Francisco, and the variety of people illustrated in a rough sketch.

Final Verdict: What cover do I like better? Paperback.

Previous:
REVIEW • No Maids or Fainting Flowers, Just Monsters (Siren Queen by Nghi Vo)
Next:
BOOKS IN HAND • What Books Customers Are Buying in July 2022

HOLY, MOTHER COVER! | Changes in The Gameboard of the Gods by Richelle Mead

Holy, Mother Cover! • Changes in Under A Painted Sky by Stacey Lee