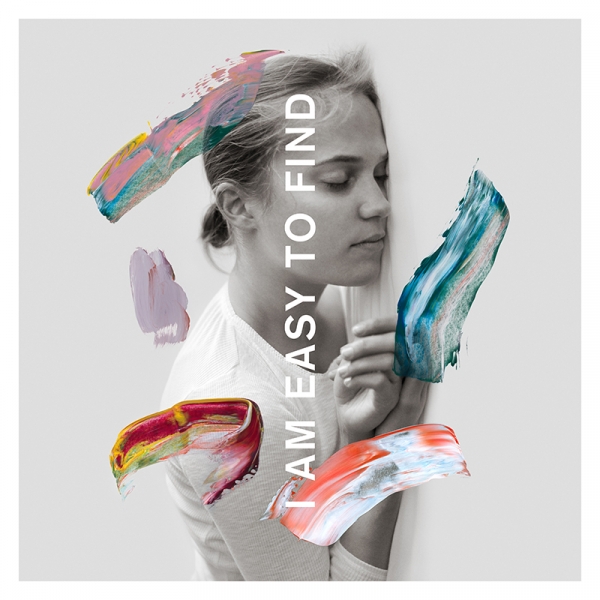 The National is an American rock band from Cincinnati, Ohio, formed in 1999. Sleep Well Beast is their eighth studio album.

It’s like every three years I fall into The National love fest. I’m not complainin’!

I can’t get enough of Matt Berninger’s crooning and all the ladies featuring in these songs. I don’t know how to describe how beautiful the arrangements are—creating this moodiness that accentuates the lyrics of each song. It has—on multiple times—stun me to silence with how beautiful these songs are. This album’s full of revelations.

My Fave Songs: Quiet Light, Oblivions, I Am Easy to Find, Rylan, Not in Kansas, Light Years, Where Is Her Head, Hairpin Turns, 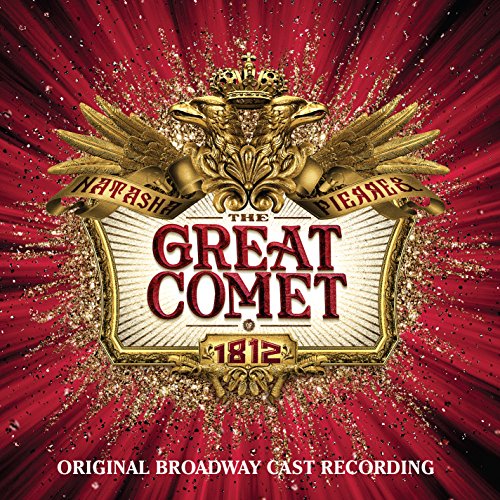 Natasha, Pierre & The Great Comet of 1812 is a 2016 musical adapted from a 70 page segment of Leo Tolstoy’s War and Peace written by composer/lyricist Dave Malloy

Ya’ll, why did it take me three years later to listen to Natasha, Pierre, & The Great Comet of 1812? It’s frickin’ brilliant!!!

I initially gravitated towards this musical because I was waiting for Hadestown’s OBC album to come out and I needed more Amber Gray and Rachel Chavkin.

This musical is so vibrant. It’s such a mash of many styles—ballads, Russian folks songs, rock. This musical is its own being, living and breathing these stories about Natasha, Pierre, and Anatole. It’s playful and has a fun humor to the lyrics and the music. I couldn’t help but sing along to the songs.

It’s an experience that I wish I could’ve witnessed in person. 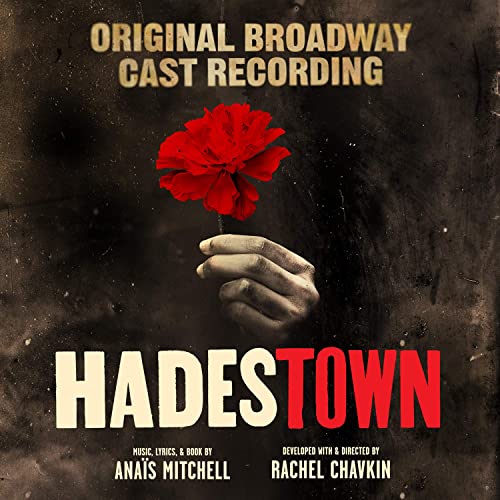 Hadestown is a musical with music, lyrics and book by Anaïs Mitchell. It intertwines two mythic tales — that of young dreamers Orpheus and Eurydice, and that of King Hades and his wife Persephone — as it invites you on a hell-raising journey to the underworld and back.

The album from the Original Broadway musical hadn’t been released, so I had been listening to the live original cast recording from the 2016 Off-Broadway production and was completely blown away by it. When I did finally listen to the OBC, wow oh wow.

The storytelling, the music, the voices, the lyrics, you will be mesmerize by it. I dare you not to fall in love with this musical (or with Eva Noblezada). 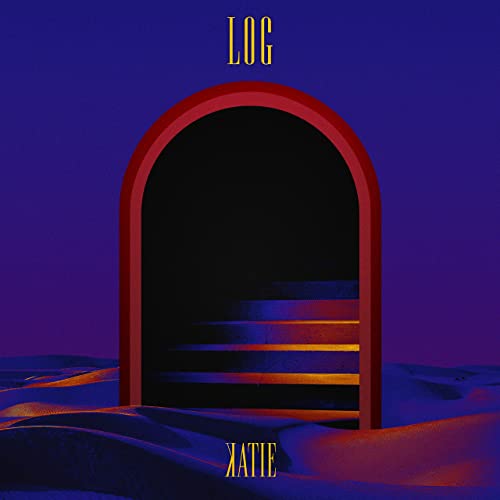 KATIE is a South Korean-born American singer based in Los Angeles who finished first in K-pop Star 4.

KATIE is a pleasant surprise.

Log is really sensual. It gives off this vibe of chilling in club aesthetics with the purple lighting casting its glow. It’s definitely an album that you can lounge and let the R&B-ness groove through your entire being. 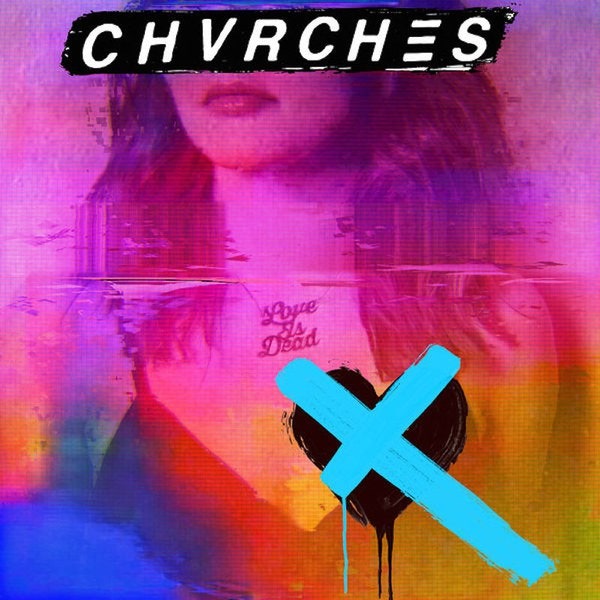 CHVRCHES is a Scottish synthpop band from Glasgow, formed in 2011. The group consists of Lauren Mayberry, Iain Cook, and Martin Doherty. Love is Dead is their third studio album.

Back on the CHVRCHES train!

CHVRCHES is the type of music that makes me close my eyes to sing softly along to the lyrics of examining relationships, being vulnerable, and all that good stuff that Lauren sings about in this album.  I don’t know how many times I’ve played this album and smile to myself at certain moments of Lauren’s voice with the rising synths. It’s lovely. 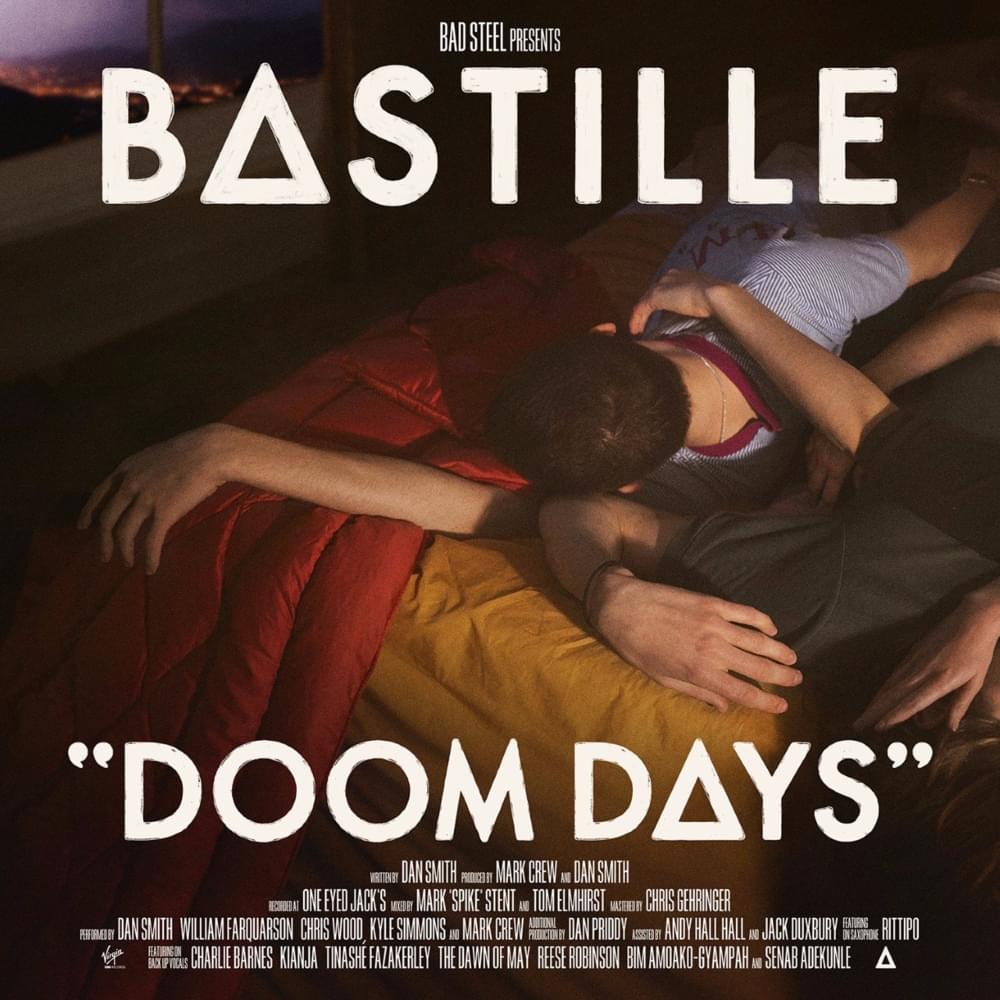 Give me Dan’s falsettos and bellows any day!

It’s all about trying to escape the stresses of life, especially in this current climate, but those stresses still creep in. It’s melancholy, yet booming with this sense of hope that we will be able to climb out of all the bad things. 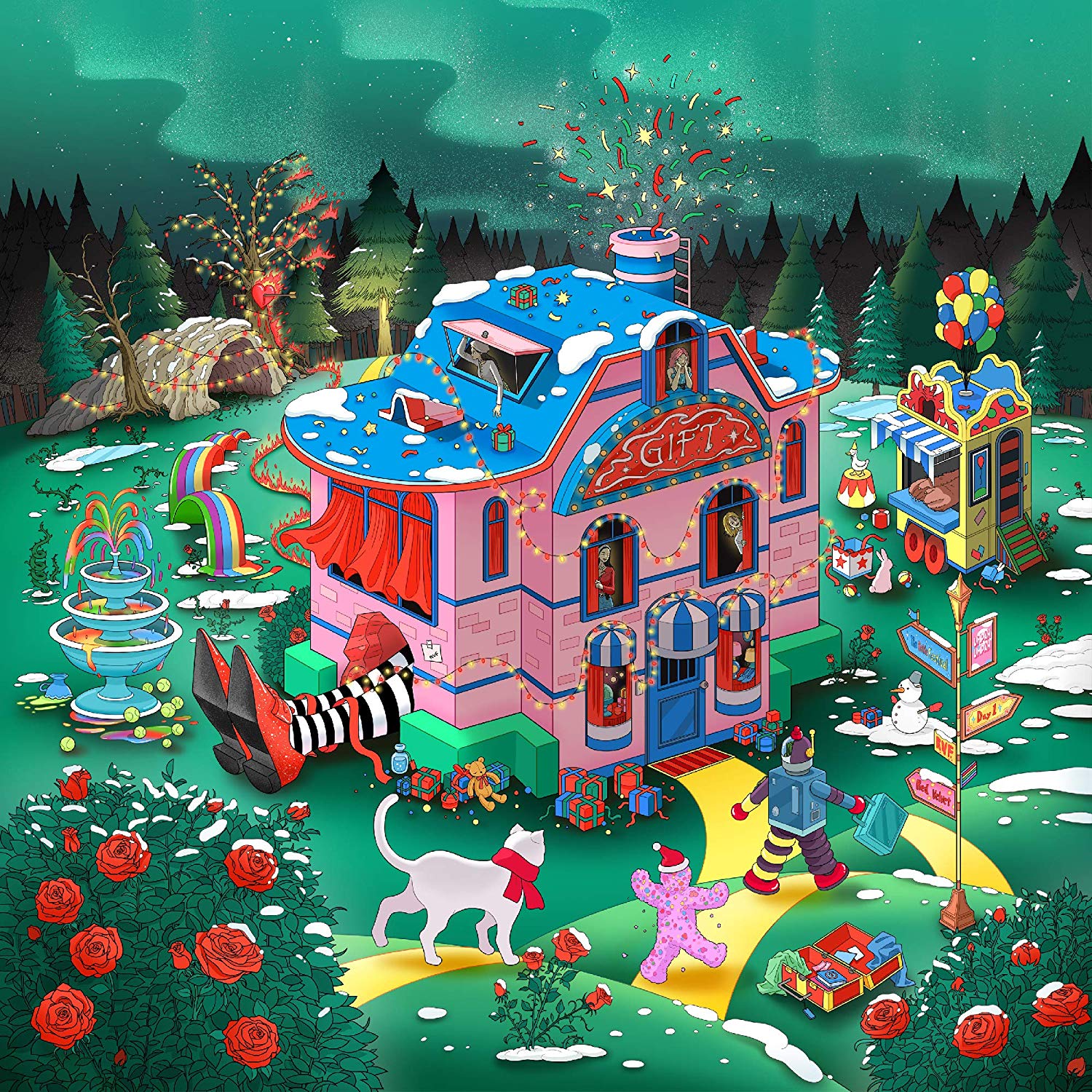 Nothing will ever stop me from listening to Red Velvet.

The Reve Festival takes you on a rollercoaster of different style of music—ones that reminds you of being at the carnival, retro tunes that call back to the 1950s, and dark, killer vibes with mesmerizing falsettos. The blend of the different styles and their voices make Red Velvet a force to be reckon with, especially how versatile and hypnotizing they are.

Whatever Red Velvet does, they make me becoming more and more obsessed with their music.

My fave songs: Psycho, Sunny Side Up, In & Out, Umpah Umpah, Carpool, La Rouge 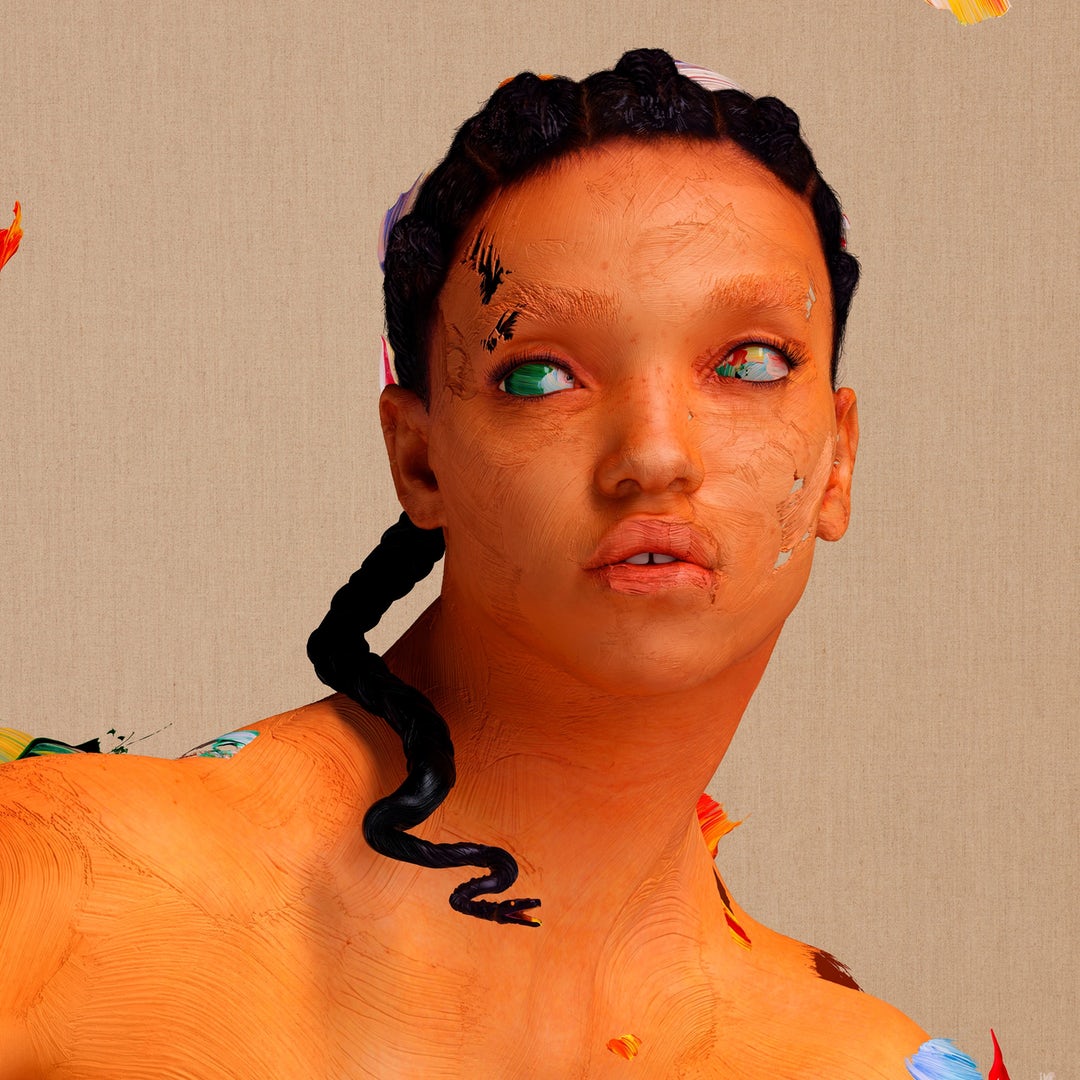 FKA twigs is an English singer and songwriter, and MAGDALENE is her second studio album.

Magdalene is a religious experience. When I listened to this album, I felt like I ascended into heaven, and I’m sure I did.

Her voice is so damn powerful. She is a siren; her voice is her own choir. She sings with so much vulnerability and emotions; she’s strips away her protective shell, revealing this raw version of herself and sharing her pain with the world. Each song is so eerie and full of fight.

This album convince me to stan the house of FKA twigs.

I listened to a lot of different playlists that were a mix of nostalgia playlists (90s + early 2000s music, old KPop), setlist of concerts I went to of my favorite artists (like Jessie Ware, Epik High, and Arctic Monkeys), a chill Korean music playlist that lulled me to sleep, musicals I could belt along to, vaguely the Umbrella Academy soundtrack.

Song-wise, I listened to a lot of KPOP girl groups that released new songs, Eric Nam, and SF9.

Have you listened to any of these albums/songs? What artist did you listen to in 2019? Any that you’d recommend to me?

Previous:
BOOKS IN HAND • What Customers Bought in February 2020
Next:
REVIEW • Wait for the TV Series (Normal People by Sally Rooney)

BOOKS IN HAND • What Books Customers Are Buying in October 2022

THE THREE C’S: CANDID CONVERSATIONS WITH CEE | Names Are Hard!