In July, I finished two books (one of which was a graphic novel), and started a gazillion other books.

I started Seven Days in June by Tia Williams and Mary: An Awakening in Terror by Nat Cassidy. We shall see if I finish it. 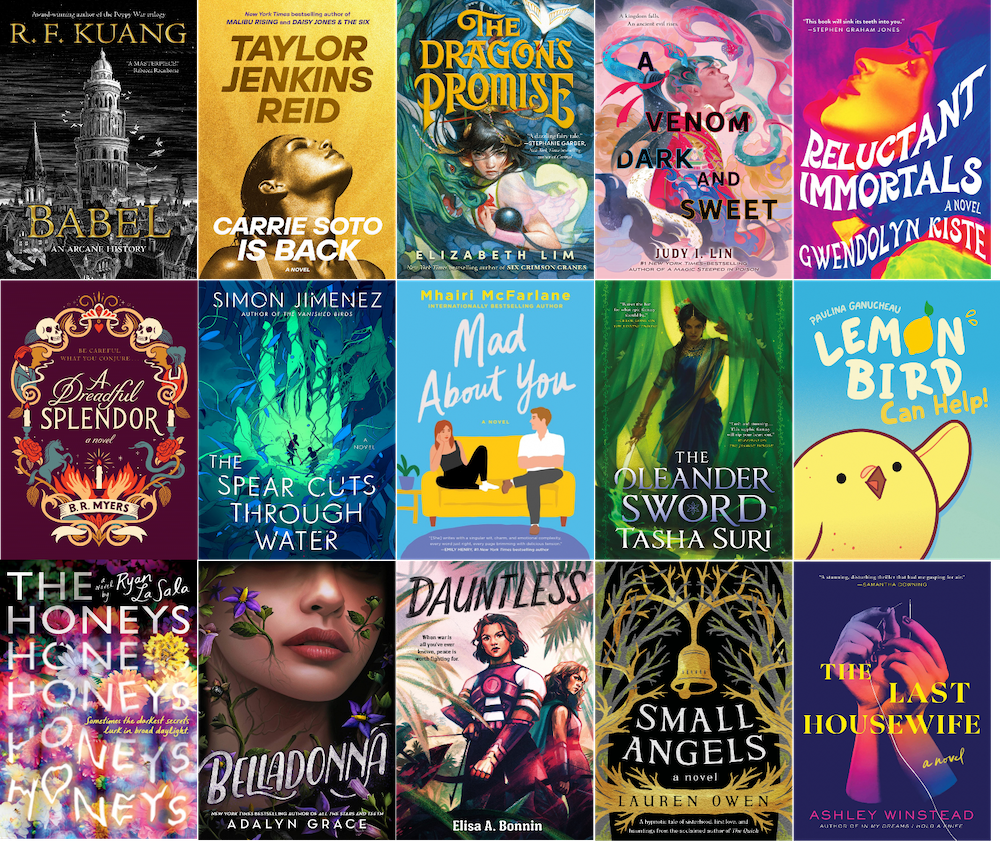 Babel by R.F. Kuang | Carrie Soto Is Back by Taylor Jenkins Reid | The Dragon’s Promise by Elizabeth Lim | A Venom Dark and Sweet by Judy I. Lin | Reluctant Immortals by Gwendolyn Kiste

A Dreadful Splendor by B.R. Myers | The Spear Cuts Through Water by Simon Jimenez | Mad About You by Mhairi McFarlane | The Oleander Sword by Tasha Suri | Lemon Bird: Can Help! by Paulina Ganucheau

The Honeys by Ryan La Sala | Belladonna by Adalyn Grace | Dauntless by Elisa A. Bonnin | Small Angels by Lauren Owen | The Last Housewife by Ashley Winstead

Note: All these books here do not account for other books that may slip into my TBR list (because mood reading will probably happen) nor of the comics I will be reading. I’m sure I missed other books I want to read this month too, but since I can’t remember, it must not be priority, right? Let’s hope I make a dent in my TBR books for June!

How was your July? Tell me what’s on your August TBR list. Have you read any of the books on my lists? Or are you planning to read them?

Previous:
BOOKS IN HAND • What Books Customers Are Buying in July 2022
Next:
HOLY, MOTHER COVER! • HC vs PB: Kate in Waiting by Becky Albertalli

DISCUSSION • Books I Wanted To Read A Long Time Ago, But Not Anymore

TBR • Books by Asian Authors Everybody Should Read (Including Me)