Oh hello, folks. It feels like it’s been ages since I last talked about books that wasn’t what my customers bought. I haven’t been in a reading mood, outside of fanfiction (LOL), but I did start (or forever reading) some Young Adult books!

A Room Away from the Wolves by Nova Ren Suma 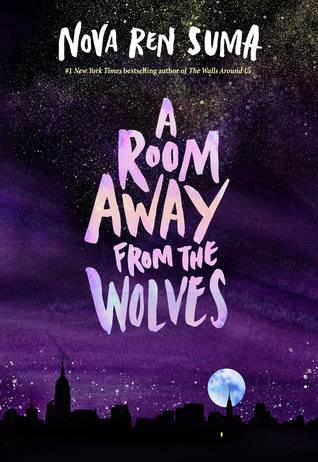 Bina has never forgotten the time she and her mother ran away from home. Her mother promised they would hitchhike to the city to escape Bina’s cruel father and start over. But before they could even leave town, Bina had a new stepfather and two new stepsisters, and a humming sense of betrayal pulling apart the bond with her mother—a bond Bina thought was unbreakable.

Eight years later, after too many lies and with trouble on her heels, Bina finds herself on the side of the road again, the city of her dreams calling for her. She has an old suitcase, a fresh black eye, and a room waiting for her at Catherine House, a young women’s residence in Greenwich Village with a tragic history, a vow of confidentiality, and dark, magical secrets. There, Bina is drawn to her enigmatic downstairs neighbor Monet, a girl who is equal parts intriguing and dangerous. As Bina’s lease begins to run out, and nightmare and memory get tangled, she will be forced to face the terrible truth of why she’s come to Catherine House and what it will take for her to leave…

Why did I want to read A Room Away from the Wolves? I see “magical” in a synopsis, and my interest in a book shoots 110%. It gives me gothic vibes, especially with this women’s residence that is full of history—maybe good and definitely bad. I want to see what secrets the Catherine House holds.

What do I like about it so far? I may not know what the heck is going on, but it does exude that gothic creepiness that I looooove reading in book. I gotta know why these young women are at this House, and why Bina’s mother never wanted Bina to go there. Lots of mysteries I want to uncover.

Girl at the Grave by Teri Bailey Black 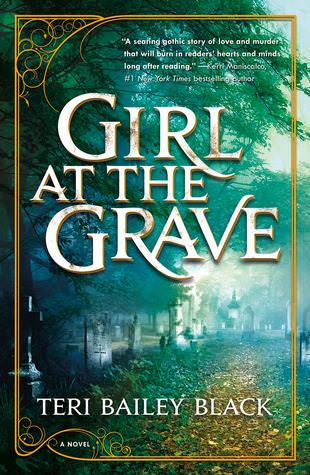 Valentine has spent years trying to outrun her mother’s legacy. But small towns have long memories, and when a new string of murders occurs, all signs point to the daughter of a murderer.

Only one person believes Valentine is innocent—Rowan Blackshaw, the son of the man her mother killed all those years ago. Valentine vows to find the real killer, but when she finally uncovers the horrifying truth, she must choose to face her own dark secrets, even if it means losing Rowan in the end.

Why did I want to read Girl at the Grave? I expected a lot of gothic goodness and supernatural stuff.

What do I like about it so far? I’m on the verge of giving up on the book because it’s not what I expected. All my expectations flew out the window when I started this book and realized this was more a historical non-supernatural book about what happened to her mother and why she killed Rowan Blackshaw’s father. I don’t particularly enjoy reading about this historical period.

The Soul Keepers by Devon Taylor 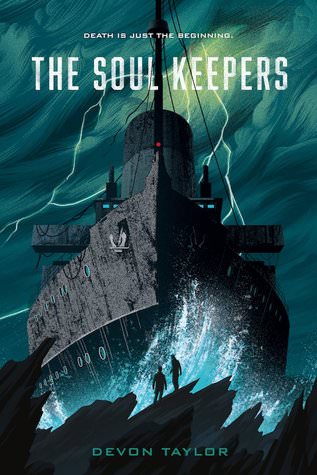 Death is just the beginning.

After dying in a terrible car accident, Rhett awakens in the afterlife and is recruited to join the crew of the Harbinger, a colossal seafaring vessel tasked with ferrying the souls of the dead. To where exactly, no one knows. But the crew must get the souls there, and along the way protect them from vicious soul-eating monsters that will stop at nothing to take the ship and all of its occupants.

Rhett and his new friends have a hard enough time fighting back the monsters that grow bolder and more ferocious every day. But then a new threat emerges, a demon who wants something that Rhett has. And if she gets it, it could mean the end of everything… for both the living and the dead

Why did I want to read The Soul Keepers? A crew of the Harbinger who ferry souls of the dead? That sounsd cool! Also, I can hear the whispers of found family.

What do I like about it so far? I don’t know, guys. I’m just stuck on the second chapter. I want to know if it gets good!!

Previous:
BOOKS IN HAND • What Customers Bought in August 2018
Next:
REVIEW • Sisters Are Forever (The Cobalt Prince: 5 Worlds #2)

BOOKS IN HAND • What Books Customers Are Buying in March 2022

BOOKS IN HAND • What Books Customers Are Buying in November 2021