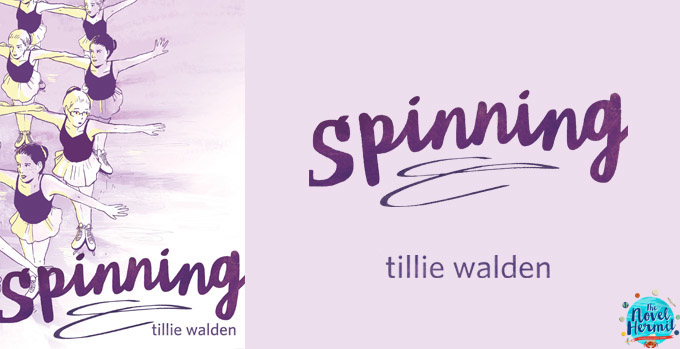 For ten years, figure skating was Tillie Walden’s life. She woke before dawn for morning lessons, went straight to group practice after school, and spent weekends competing at ice rinks across the state. It was a central piece of her identity, her safe haven from the stress of school, bullies, and family. But over time, as she switched schools, got into art, and fell in love with her first girlfriend, she began to question how the close-minded world of figure skating fit in with the rest of her life, and whether all the work was worth it given the reality: that she, and her friends on the figure skating team, were nowhere close to Olympic hopefuls. It all led to one question: What was the point? The more Tillie thought about it, the more Tillie realized she’d outgrown her passion–and she finally needed to find her own voice.

Spinning is intimate and stunning.

This story is not about the joys or love of figure skating; it’s about the loneliness that it brought Tillie Walden, how the events outside of the rink shaped how she skated, and how it pushed her to come out. It’s about the feeling that figure skating gave her.