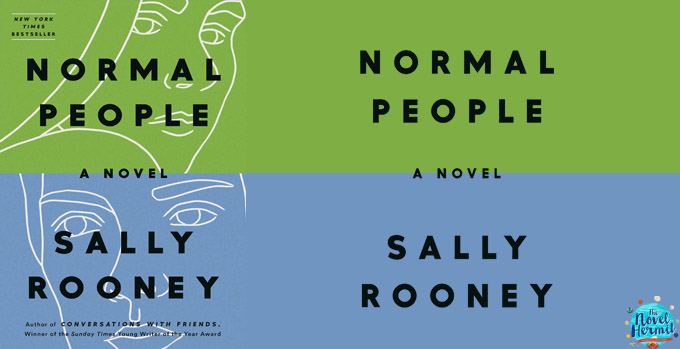 At school Connell and Marianne pretend not to know each other. He’s popular and well-adjusted, star of the school soccer team while she is lonely, proud, and intensely private. But when Connell comes to pick his mother up from her housekeeping job at Marianne’s house, a strange and indelible connection grows between the two teenagers—one they are determined to conceal.

A year later, they’re both studying at Trinity College in Dublin. Marianne has found her feet in a new social world while Connell hangs at the sidelines, shy and uncertain. Throughout their years in college, Marianne and Connell circle one another, straying toward other people and possibilities but always magnetically, irresistibly drawn back together. Then, as she veers into self-destruction and he begins to search for meaning elsewhere, each must confront how far they are willing to go to save the other.!

It’s a bad sign when you start a book—that everybody you knew was raving about how “dark and gritty” and “psychological” it is—and come out of the first few pages knowing that you won’t like this book and no matter how much you push yourself into reading more, it won’t change your mind. Normal People is that book.

END_OF_DOCUMENT_TOKEN_TO_BE_REPLACED

The essential companion for any fan of Jeff Goldblum, Hollywood’s most beloved and otherworldly icon

So lie back, Jurassic Park-style, and prepare to enjoy The Goldblum Variations, a collection of stories, musings, puzzles, and games based on the one and only Jeff Goldblum as he (and alternate versions of himself) travels through the known (and unknown) universe in a mighty celebration of weird and wonderful Goldbluminess.

Maybe he’s cresting the steep bluffs of a mysterious planet on an epic treasure hunt, maybe he’s wearing a nice sweater, maybe he’s reading from this very book. The possibilities are endless. Treat yourself . . . because all that glitters is Goldblum.

I received this book for free from Penguin Books for review consideration. This does not affect my opinion of the book or the content of my review.

First sentence: “The Jeff Goldblum that lathes and sands down a pine table, brushing the grain with the heel of his hand, bends down and takes a spirit level to it, saying gently to the wood, well done, you.”

Jeff Goldblum—beloved actor, meme star, cultural icon—who in the world doesn’t like him?

END_OF_DOCUMENT_TOKEN_TO_BE_REPLACED

It’s been eighteen months since the Raxter School for Girls was put under quarantine. Since the Tox hit and pulled Hetty’s life out from under her.

It started slow. First the teachers died one by one. Then it began to infect the students, turning their bodies strange and foreign. Now, cut off from the rest of the world and left to fend for themselves on their island home, the girls don’t dare wander outside the school’s fence, where the Tox has made the woods wild and dangerous. They wait for the cure they were promised as the Tox seeps into everything.

But when Byatt goes missing, Hetty will do anything to find her, even if it means breaking quarantine and braving the horrors that lie beyond the fence. And when she does, Hetty learns that there’s more to their story, to their life at Raxter, than she could have ever thought true.

You do what it takes to survive with the Tox. Every day, life at the Raxter School for Girls is a fight; it’s full of fear and uncertainty about when the next flare-up will be, whether they’re gonna be cured, and who else will go to the infirmary and never come back.

END_OF_DOCUMENT_TOKEN_TO_BE_REPLACED 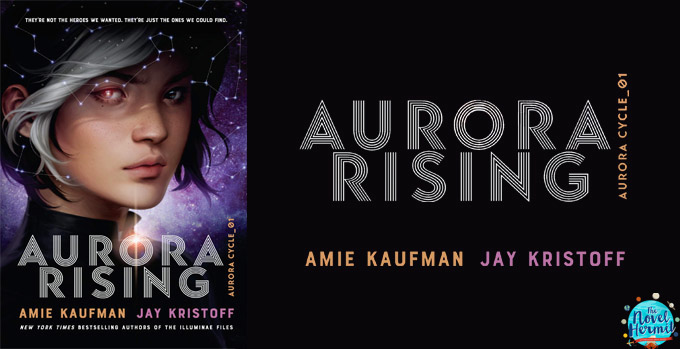 The year is 2380, and the graduating cadets of Aurora Academy are being assigned their first missions. Star pupil Tyler Jones is ready to recruit the squad of his dreams, but his own boneheaded heroism sees him stuck with the dregs nobody else in the Academy would touch…

A cocky diplomat with a black belt in sarcasm
A sociopath scientist with a fondness for shooting her bunkmates
A smart-ass techwiz with the galaxy’s biggest chip on his shoulder
An alien warrior with anger management issues
A tomboy pilot who’s totally not into him, in case you were wondering

And Ty’s squad isn’t even his biggest problem—that’d be Aurora Jie-Lin O’Malley, the girl he’s just rescued from interdimensional space. Trapped in cryo-sleep for two centuries, Auri is a girl out of time and out of her depth. But she could be the catalyst that starts a war millions of years in the making, and Tyler’s squad of losers, discipline-cases and misfits might just be the last hope for the entire galaxy.

They’re not the heroes we deserve. They’re just the ones we could find. Nobody panic.

Sometimes, it doesn’t pay off to be heroic. Not if your dreams of recruiting the best squad in the universe falls upon you being there for the picking and not out in space following up on a distress call to save someone. That’s what Tyler Jones, star Golden boy of the Aurora Academy, finds out.

But that heroism kickstarts a hell of an adventure—it gets him to Aurora Jie-Lin O’Malley, the girl whose existence defies time and space, and a ragtag of misfits who are along for this dangerous ride.

END_OF_DOCUMENT_TOKEN_TO_BE_REPLACED

First sentence: “In Morningtown, everyone is waking.”

The sun rises, and the residents—animals of all shapes and sizes—of Morningtown wake up to start a beautiful day. END_OF_DOCUMENT_TOKEN_TO_BE_REPLACED
Tags:blake liliane hellman • picture books • reviews • steven henry 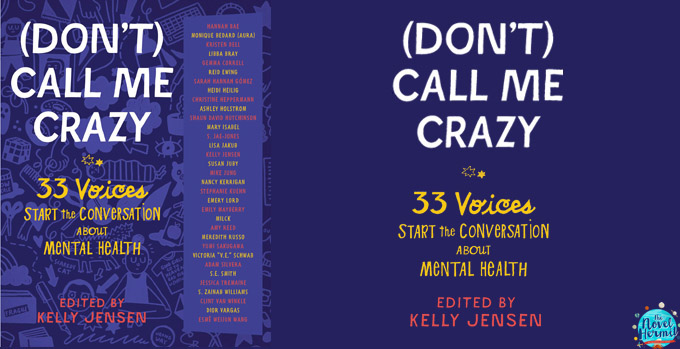 What does it mean to be crazy? Is using the word crazy offensive? What happens when such a label gets attached to your everyday experiences?

In order to understand mental health, we need to talk openly about it. Because there’s no single definition of crazy, there’s no single experience that embodies it, and the word itself means different things—wild? extreme? disturbed? passionate?—to different people.

(Don’t) Call Me Crazy is a conversation starter and guide to better understanding how our mental health affects us every day. Thirty-three writers, athletes, and artists offer essays, lists, comics, and illustrations that explore their personal experiences with mental illness, how we do and do not talk about mental health, help for better understanding how every person’s brain is wired differently, and what, exactly, might make someone crazy.

If you’ve ever struggled with your mental health, or know someone who has, come on in, turn the pages, and let’s get talking.

I received this book for free from Algonquin Young Readers for review consideration. This does not affect my opinion of the book or the content of my review.

First sentence: “We all have thoughts, feelings, and internal struggles.”

I needed a book like (Don’t) Call Me Crazy when I was a teenager.