US vs. UK: The Wolf and the Woodsman by Ava Reid 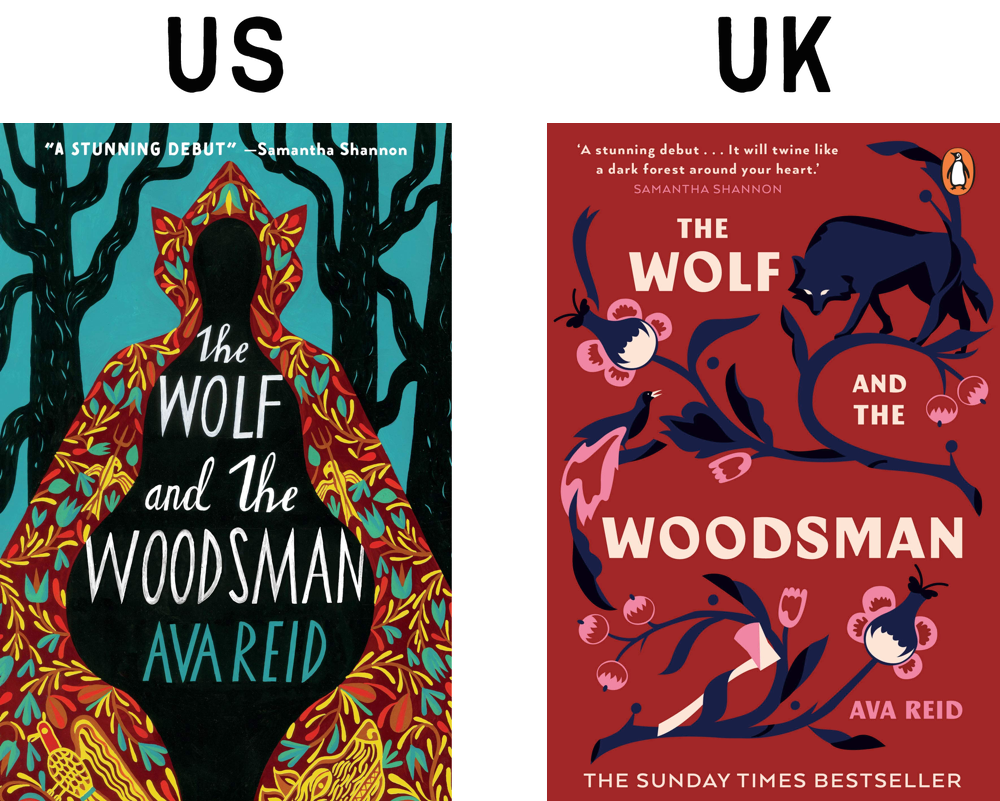 Shadows are the name of the game for these covers of The Wolf and the Woodsman.

What draws me to the US cover are the colors used—you have this mostly black and teal color with the pops of red, yellow and orange. I like the details within the the blobs—the flower and their leaves, birds with pitchforks on their back, the wolf snarling. I like how ominous the overall cover looks, especially with the unconventional way the trees look. I don’t know what the black blob is (perhaps it’s a person?), but the shape surrounding it almost looks like a wolf with its nose to the air—almost like it had eaten the blob. (I have Little Red Riding Hood on my brain.) That’s cool.

Now that UK cover, I like that it also depicts the different shapes—the wolf, the flower with their leaves, and the birds—in shadows. Although the cover uses four different colors (the dark blue, the pink, the red, and the cream), how it uses the colors make the images pop even more. I specifically like the wolf that looks like its on the prowl and the way the axe is being held tight by a leaf. I just like the simplicity of the cover.

Final Verdict: What cover do I like better? Uh, I think the UK cover.

Which cover design do you prefer? Would you buy the the US or UK cover?

Previous:
HOLY, MOTHER COVER! US vs UK • Daughter of the Moon Goddess by Sue Lynn Tan
Next:
BOOKS IN HAND • What Books Customers Are Buying in March 2022

HOLY, MOTHER COVER! | The Truth About Forever by Sarah Dessen